is it weird to actually talk to person about what you read on his/her blog instead of just posting your thoughts as comments on his/her post?
brooded by JAm at 5:00 PM 1 comment:

the guy pays for everything (movie, dinner, dessert, coffee, shhhhh..arwarma) but with gift cheques. is this acceptable?

the guy uses his credit card to foot the bill. problem is he wasn't aware that the card was already maxed out and added to that he isn't liquid at the moment. to save from his further embarrassment the girl pays for the chit. minus pogi points? 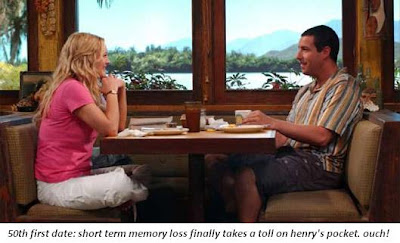 is it a good gauge that the date is not going well when the girl insists on going dutch? that is instead of the (not so) usual courtesy of her offering to split the bill then the guy generously declining her offer then proceeds to taking all the damage, a tennis match ensues on who's paying for what. 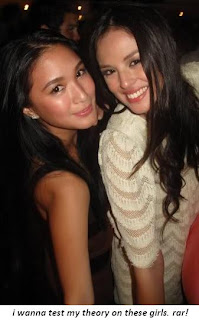 i wouldn't have noticed it if my friend hadn't pointed out that this girl i had a thing for was looking pretty fine these days. this got me to wondering, wondering whatever happened to those girls i were in to and who were also fond of me, i.e. MU (MU = mutual understanding | may unawaan | mag-un). i didn't have any other means to check on them since i seldom talk or contact them.

(i really don't dig the idea of staying in touch or being "friends" with someone that used to be somebody in your life. it just a reminder of that part of your life as a failure. it's just pure torture. i wholeheartedly believe this with ex's but still partial with almost girlfriends. but i digress...)

enter facebook! here's the part were i thank facebook for being so widely used that it was a cinch to looking them up and instantly finding them. and it's a plus that facebook is stalker friendly. hehe.

on to the rubbing of salt on the wound. well, most of them are in a relationship, one is getting married and the rest single. (these might sound a lot to you but in reality they all can be counted using one and 2/5 of a hand.) judging from the the limited or unlimited access i had with their information and photos, which admittedly is quite inaccurate, they all seem to be doing good. and true to what my friend noticed with the first girl they all look prettier or cuter than when we were (almost) together. which just sucks for me.

but then a light bulb suddenly blazed in my head and hence the birth of the palpable corporeal enhancement tendencies via confined time proximity with me theory. in simple form, all of the women i've been involved with will look way foxier after being with me.

seeing that this theory is still on its infant stage, i am now accepting volunteers of the female persuasion to prove or disprove this. parameters will be set once i see you. till then, i'll wait for your applications.
brooded by JAm at 11:29 PM 1 comment: 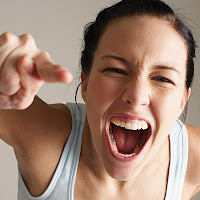 i love the once in a blue moon curse* word i hear from women. it's alien to my ears and quite unexpected. it's like when men say their "i love yous."


*curse - not the usual shit, shet, gago or tanga. more on fuck and (pu)tangina. plus points for malutong delivery.
brooded by JAm at 8:54 PM 1 comment: 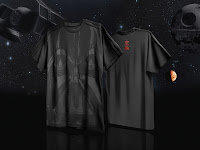 i already saw this at an adidas store. i'll most definitely buy a shirt. it's either this one or the stormtropper shirt. 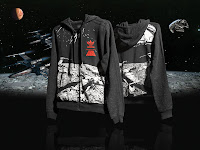 probably a jacket. the darth vader jacket is too tacky for me. 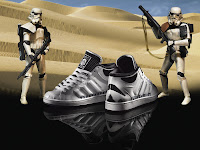 and some white shoes. it's either this or the x-wing shoes. or the skywalker.

here's a link to the adidas-star wars merchandise: click
brooded by JAm at 12:07 PM No comments:

if you've been in a relationship you'd know that it's unavoidable (and inevitable) to earn/have matching terms of endearment* with your significant other. these names ranges from the oldies (darling) to new ones (b - baby's initial), from the conventional (honey) to the non-conventional (panget) or from the cute (apple pie) to the annoying (behh).

now the question i want to ask is this: is there an unwritten law wherein you're not supposed to recycle a term of endearment you've already bestowed upon an ex to use for your current partner?

*personally i'm not really fond of terms of endearment, or as i would like to call it pet names. which as the name implies should be reserved for pets. but yeah i'd let my girlfriend call me leche flan (leche when she's mad) just as long as i can have my videogame time. compromise pre.
brooded by JAm at 12:13 PM 1 comment:

people who block the path with your jibber-jabber

DSLR hobbyists
brooded by JAm at 3:13 PM No comments:

aside from having jaw-dropping graphics and a robust selection of characters paired with a solid fighting system, tekken 6: bloodline rebellion's appeal for me also lies in customizing the characters. you can turn your stock miguel into a rambo look alike or make kuma/panda a tutu-wearing-monster-ballerina or lili into a succulent succubus reminiscent of morrigan from darkstalkers. the possibilities are only limited by your imagination, the available costumes and money. that's right, money. tekken money that is. hehe.

tekken money is earned in various ways but ultimately you just have to win matches to gain some dough. it's a pain since you only gain as much as 30000++ per fight win and you actually need tons and tons of cash to purchase a costume! but there's a much easier way to become a tekken millionaire. and that is through exploiting the new and improved tekken roulette system. (i really don't get it why namco decided to call it roulette when it is more of a slot machine. ehe.)

1. first go to options and turn off auto save.
2. go to ghost battle and pick your a character.
3. play. play. play. but be sure to be on the look out for the sign* that you have a tekken roulette.
4. once you see the sign, pause the game, exit to the main menu and save your data.
5. now that we have a single roulette we want that lone roulette to grow in number. and that is through accessing super roulette**. super roulettes are gained by getting a lucky slot on the third wheel of the roulette. there's no skill involved here only luck. if you don't get lucky just load your data until you do.
6. once you get lucky, exit to the main menu and again save your data.
7. wash lather rinse repeat.

*the sign: it appears at the upper left of the screen. it kinda looks like a red police siren is highlighting the battle count and the running time you've been playing. also the sign appears on the tenth battle if you picked a new character.

i'm playing t6:br on my psp and i'd bet that the above method will work on the ps3 and xbox. now go out and pimp your tekken 6 character.
brooded by JAm at 10:06 AM 1 comment:

that's the number of recomended steps one should take in a day to keep fit. or so they say. well it does make a little bit of sense since the number of steps directly translates to you going from one place to the next covering a certain distance. it also means that you're actually getting off your lazy bum and doing something physical, albeit not quite like exercise but something in between couch-potato-comatose-syndrome sitting and sports-buff-health-junkie running.

but i think it's just a ploy to push the sales of pedometers. and that still didn't stop me from buying one over the weekend. 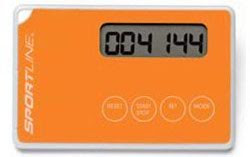 pros and cons in bullet points.

cons:
-it has to be put either in a vertical or horizontal position. readings are inaccurate if put diagonaly.
-somewhat imprecise. but i think it's because i haven't inputted my stride length correctly.

(will update this post tomorrow with the number of steps i clock in today, an average working day.)

update: number of steps yesterday - click
brooded by JAm at 10:35 AM No comments:

*all are nerds in the future. sorry cool people.
brooded by JAm at 11:47 AM No comments:

i don't get women

i've posted a couple of things that baffle me about the female of the species. this time around let's make it more interesting. instead of me just writing it down hoping for a response from you, for every point you reply to entitles you to ask me what you don't get about men and an answer to that query by me. deal?

here i go then,

- i don't get women and their fascination with horoscope. how on earth can a bunch of planets, stars, moons, comets, asteroids, galaxies, supernovas, blackholes can tell one's specific personality or let alone predict your future?

- i don't get women and them going to the bathroom in tandem. it's not like they're there to support each other doing the number 1 (or 2(?!?)), right?

- i don't get women and scented candles. it's basically the same as an ordinary candle that smells different (and most often than not the smell is just too funky for one's olfactory taste), right?

- i don't get women and their issue with their weights. be it from flyweight to featherweight or lightweight to heavywieght women always find a reason to be dissatisfied and insecure with their weights. (but yeah, i think this is more applicable to the skinny ones who still think that they're fat.)

here are a few suggestions, off the top of my head, to help you get started with the things you may not get about us.

10% of the time people who drink just watch what is on the mounted tv's.

97% of women are "doable" with beer goggles on. men approach these women thinking that they would hit a 100% homerun. Their batting average 15%.

76% of people who say they're are not drunk are in fact already drunk.

*if you're able to read this fine print its either you were able to increase the font size of your browser ginormously, you copied and paste this in notepad, or you have superpoweredmicroscopiceyes. (are there other ways to read this?) and oh, fyi 100% of the factoids above are false.
brooded by JAm at 1:00 PM No comments: